The article “Toward a more perfect Union Square” (Page A1, Dec. 9) glosses over the reality that out-of-town developers are making enormous profits in Somerville and often doing little or nothing to benefit our neighborhoods. The Globe failed to report that a new resident coalition named Somerville Stands Together is seeking to change that and has mobilized hundreds of residents into the streets demanding accountability from developers and City Hall.

We are seeing ultrawealthy developers come to Somerville seeking and receiving massive tax breaks, while offering nothing in the form of community benefits or guarantees on good jobs. People are calling on Somerville’s mayor, Joe Curtatone, to be part of the solution. That means holding developers accountable when they won’t disclose their true profits while asking for tax breaks or public land. The notion that we can’t have both affordable housing and good union jobs is a falsehood that our community is rejecting.

Penelope Jennewein
Somerville
The writer is an organizer with Somerville Stands Together.

originally printed in the Boston Globe 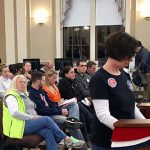 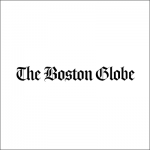