Somerville Stands Together to City Hall: This Deal Stinks and Must Be Rejected

Somerville– In a backroom deal that would make Tammany Hall bosses blush, the Board of Alderpersons is on the verge of greenlighting a multi-million dollar, no-bid handout to politically connected developer Redgate in exchange for… developing Clarendon Hill prime real estate in red-hot Somerville. 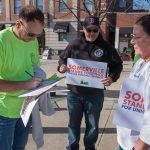 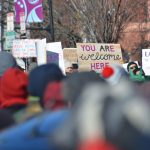