Somerville Stands Together to City Hall: This Deal Stinks and Must Be Rejected

Somerville—In a backroom deal that would make Tammany Hall bosses blush, the Board of Alderpersons is on the verge of greenlighting a multi-million dollar, no-bid handout to politically connected developer Redgate in exchange for… developing Clarendon Hill prime real estate in red-hot Somerville.

City Hall and Redgate claim that all of the givebacks are necessary to pay for the project’s affordable housing units. Residents aren’t buying it.

“Let me be clear: not only do we agree that the tenants of Clarendon Hill deserve better affordable housing, we demand it!” said Penelope Jennewein, a Somerville resident and member of Somerville Stands Together. “We disagree with City Hall and Redgate that the massive corporate gift is necessary to pay for the cost of the project’s affordable housing units.”

“The fact is, they’re hiding behind the project’s purported mission to ram through one of the most egregious sweetheart deals Somerville has ever seen, and we demand better than this divisive narrative. We reject this false choice. Fair housing AND fair standards are needed in Somerville, and we support both.”

The concerning deal was brokered by Somerville Mayor Curtatone and is expected to be discussed and possibly voted on by the Board of Alderpersons as early as this evening.

The shocking giveaways amount to a huge transfer of public wealth to a private developer:

Somerville Stands Together is calling for good jobs, the protection of area standards at Somerville construction sites, fair contracts for municipal employees, and affordable housing for local families.

The new coalition is highlighting the growing disconnect between Somerville’s values of inclusion and equality, and the city’s current budget priorities and policies, including noting that wealthy, out-of-town developers like Redgate who receive tax breaks from the city but don’t adhere to community standards.

Residents are also frustrated that while the city is spending money on tax breaks for developers, it has so far failed to negotiate fair contracts with the union workers who protect and serve the city. Most of Somerville’s public service workforce—including firefighters, police, and librarians—don’t have contracts and haven’t had a raise in years. At the same time, they’re facing sky-high rents and are increasingly at risk of being displaced.

“City Hall is balancing the budget on the backs of public service employees and our families,” said Ed Halloran, a Special Heavy Equipment Operator with the Somerville DPW, who’s worked with the city for 25 years. “They keep telling us to wait—but we can’t wait anymore. The bills keep piling up. How come nobody expects Redgate to wait?”

Jennewein added: “If the Mayor and Board of Alderpersons refuse to vote for the values they purport to stand for, like good jobs and responsible development, then it’s time for us to elect people who will.”

About Somerville Stands Together

Somerville residents are urging local elected officials to commit to the following:

Somerville Stands Together is a coalition of community and labor groups committed to maintaining the city’s diversity and its history as a place where hardworking families can build a life and a community. Somerville must continue to uphold progressive principles, where everyone is welcome regardless of race, creed or orientation; and where creativity and innovation are part of the fabric of our city. Somerville stands for immigrant rights, quality education, LGBTQIA rights, racial and economic justice, green justice, affordable housing and workers’ rights. 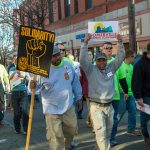 Why I Joined the Somerville Stands Together RallyPress Releases 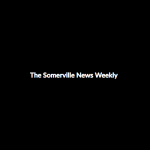 Somerville Stands Together to City Hall: This Deal Stinks and Must Be RejectedNews Coverage, The Somerville News Weekly
%d bloggers like this: