I am writing on behalf of Jobs With Justice, an organization that defends working people’s standard of living, fights for job security and stands up against discrimination in all its forms.

I’ve been following the media coverage around Clarendon Hill, and frankly, it’s concerning. The developer, Redgate, promised to lift up working people, by improving their housing. They said it was a $16 million gift to the City of Somerville. But it turns out, far from being a charitable company and a good neighbor, Redgate seems intent on plundering local land to enrich itself and leave working people out in the cold. Redgate got a lot for that supposed $16 million gift to the city. The developer didn’t have to compete against other developers, but was handed the job. Then local leaders let Redgate set the price for the land! What buyer gets to do that? When I buy a house, the seller sets the price.

In addition, Redgate will continue to get federal subsidies to offset the costs of providing affordable housing. But now Redgate wants more. They say they can’t afford to build the affordable units, without creating second class workers who don’t get a fair wage. Well if you can’t afford to pay your workers, then you don’t deserve to win the job. Because let’s face it, those market-rate condos will make Redgate rich. How rich? No one knows, because Redgate has refused to release their profits.

The bigger picture here is that Redgate will be complicit in income inequality, and help to further drive working families out of the Somerville they love. The wages Redgate is willing to pay won’t make it possible for anyone working on the project to live there. We don’t even know if they would make enough to reach the lowest level of “deeply affordable” units.

It’s pretty clear that Redgate doesn’t subscribe to Somerville community standards, so why are we letting them run the show? Local leaders should go back to the drawing board, get an independent appraisal of the value of the Clarendon Hill parcel, and then have an open bidding process. Developers should compete to offer real community benefits in return for the privilege of developing such a prime piece of real estate. 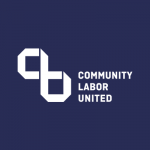 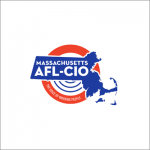