I am writing as the President of the Massachusetts AFL-CIO, which serves as the unified voice for all working people, those in unions and those not yet organized. We work for economic, social and racial justice in the workplace, our communities, our state, and our nation.

I am dismayed at the media reports surrounding the Clarendon Hill development and concerned about the impact of this deal on workers and their families in Somerville. Redgate’s attempt to avoid paying a prevailing wage to workers on this project, particularly given their purchase of two acres of public land at a steep discount, is sadly predictable. These deals are just the kind of scenario that often leads to worker exploitation, including wage theft and safety violations. We need more transparency from Redgate, we need independent safety inspections, and we need Redgate to pay workers good, middle-class wages.

Redgate’s attempts to undo worker safety protections are appalling. Working people have fought for decades for safety standards that protect workers’ health and livelihoods.
Redgate cannot be allowed to perform its own safety inspections when it has demonstrated such disregard for those workers it seeks to employ on this project.

Redgate wants to get this deal done without any accountability to the Somerville community. Let’s demand that it open its books and divulge its profits. I suspect that Redgate has more than enough in the bank to pay workers fairly.

Strong communities rely on public policies that put working people and good wages before runaway profits. As the President of the Massachusetts AFL-CIO, I strongly support public bidding laws and enforcement of the prevailing wage. I ask the Board of Alderpersons to put the breaks on deals that take money out of working peoples’ pockets, endanger them on job, and deny public scrutiny of this wealthy out of town developer. 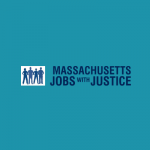 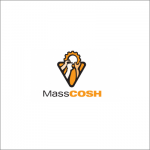